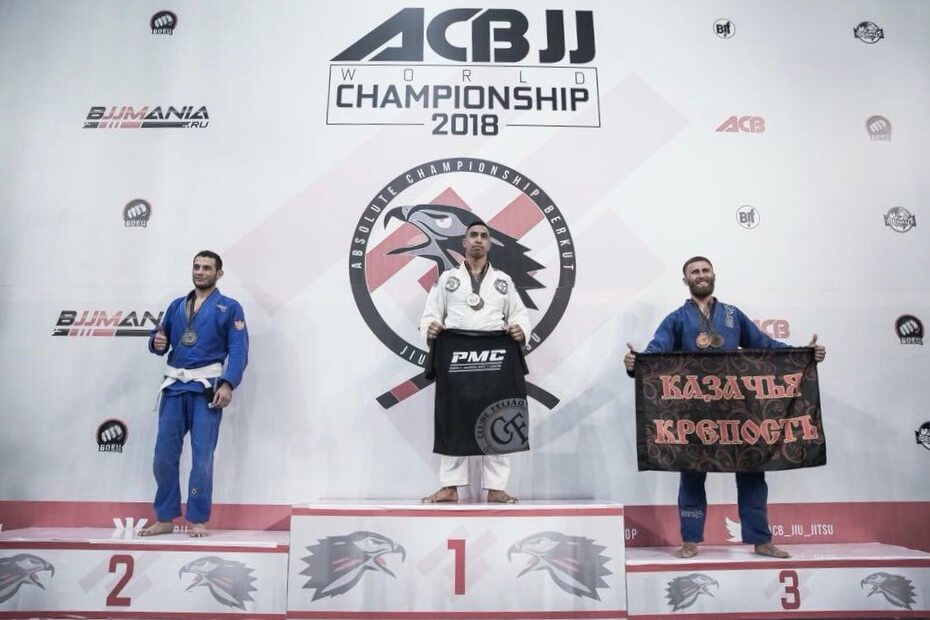 July 23, 2018 | by pmcadmin |
0 Likes
On the 7th of July 2018 Perth Martial Arts student Chas Te Aute achieved what very few have. He became the ACB World Champion which was held in Moscow, Russia. After 6 tough fights Chas managed to win the Gold medal in the Open Weight Division.The road to victory was not easy, Chas had some tough fights against the worlds best. After winning the Open Weight Chas was awarded his Blue belt on the podium by the hands of Prof William Dias.

“After winning the ranking competition last year, Chas won the free trip to represent our school at the ACB Worlds, and he proved to us he deserved it”
Prof. William Dias

Now Chas returns to Perth to join the team at the ABJJF Winter Aussie Cup and Pan Pacific Championships later on in October.